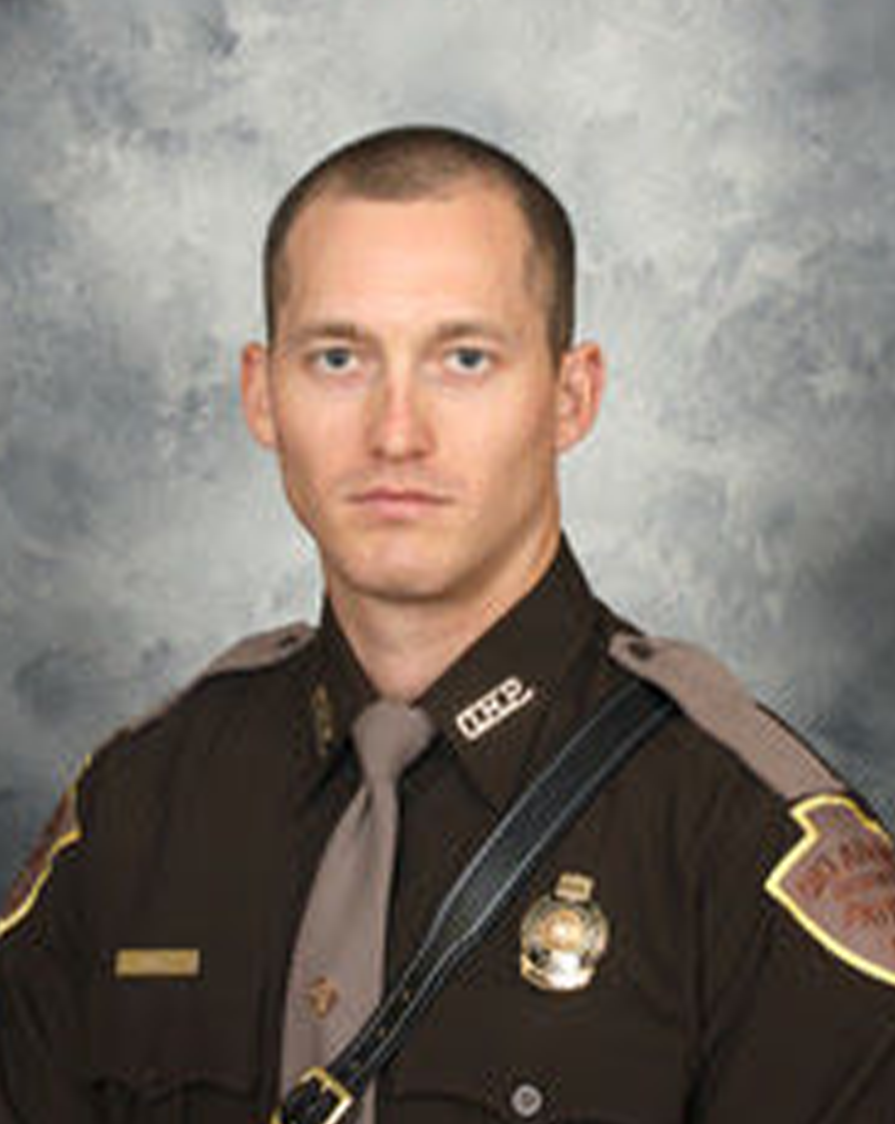 
Told by Trooper Lee, this is a firsthand account of the intense confrontation and a testament to the training, collaboration and equipment that saved lives that fateful morning.

A suspect with a dark past On May 11, we were activated to the town of Talihina, which is located in Le Flore County, to assist the DA’s task force in executing a search warrant. This was at a residence believed to be occupied by Bradley Daniel Webster, a man with a violent criminal history that included convictions for narcotics, firearms and assault and battery. He had been known to make threats against law enforcement and had previous run-ins with the police, including an active criminal case. And though he wasn’t charged for their deaths, Webster had shot and killed two men who had broken into his then-Mena, Arkansas, residence. He was no choirboy.

Executing the search warrant
Webster’s residence was not your typical dwelling; it was a storefront attached to an old, brick, three-story building downtown that he was living in. The storefront had a glass window and door, and at the back was a loading dock, which he used as a garage. It was determined that he was producing and distributing the synthetic opioid fentanyl, in addition to other narcotics, on the premises. He was also known to possess automatic weapons, an AR-style rifle and ballistic armor.

On that morning around 6 a.m., we went to serve the “no-knock” warrant. We had two armored vehicles set up in front of the building and my teammate (who served as “lethal coverage”) and I were assigned to approach the storefront where the suspect was known to be situated. The storefront had an open layout with mirrored windows that allowed Webster to see outside but prevented others from seeing inside. As the entry team began to engage, I was to deploy a flashbang (diversionary device) inside the building to create a distraction. All went according to plan in the beginning; we rode in our armored vehicles to the front of the residence, disembarked and got into position to make entry through the front door. This was a glass door with a metal bar/handle in the center and our breacher attempted to force it open, but instead of the door flexing, the wall around it flexed. It turned out that the door was made of tempered glass, which did not break right away. Soon enough, however, a sheet of glass came down and we were able to see inside.

Flash, bang and shots fired!
Once we could see inside, I deployed the flashbang, and, immediately, the suspect jumped up. The entry team was able to get eyes on him, but before they could shout the command, Webster came directly toward my partner and me, screaming unintelligibly. In front of the door was a dresser with a large flat-screen TV sitting on top that was obstructing our view. As we tried to make entry, the suspect lunged toward us for his submachine gun. A team member saw Webster pick up the gun and he fired multiple rounds, hitting the suspect. Webster fell out of sight. At this point, my partner and I decided to clear out the room. Luckily, where we were situated, we did not have to deal with tempered glass, and we were able to remove any glass in the way and get eyes into the room again. About seven to eight seconds after the first three shots were fired we regained visibility, Webster jumped up again like a jack-in-the-box, screaming hysterically.

In the midst of chaos, we make a final move
I was able to grab my rifle as the suspect jumped up above the dresser and I could see his upper chest and head. He had the submachine gun held over the top of his head and started firing the automatic weapon again. He was shooting at us from less than 10 feet away. The exchange was so close that it felt like we were next to a cannon. It was extremely loud, and I felt the heat from the intensity of the gunfire. Fortunately, we were wearing electronic, noise-canceling headgear and could still communicate with each other.

After we returned fire, Webster went down once more. We took a step back and reassessed our surroundings. By this time, our team leaders wanted us to get back to the armored trucks for safer cover and to treat the situation as a barricade. But to get back to the vehicles meant that we had to pass the building’s opening where the suspect was shooting. We laid down a couple rounds of cover fire and got back to the trucks.
Once at a safe distance, we noticed smoke coming from the building — a fire had been set either intentionally by the suspect or as a result of gunfire igniting the chemicals and materials used for the drug making. A command was given for anybody still inside to exit the building. The fire got so hot that we had to move our armored vehicles, and by the time fire and EMS arrived and got it under control, most of the building was completely burned inside.
It was a close call, but we were alive!

In the aftermath, we conducted a roll call to determine if any of our men had been hit. Then the medics came and checked us out. One of the first things we learn in training is to look for any areas that are wet, which might indicate bleeding. I didn’t find any wet areas on me. Fortunately, the majority of the team only suffered minor cuts from all the flying glass. One member had glass blown in his face, but, luckily, he was wearing his eye protection. Another member was grazed by a bullet on his wrist. The worst wound was suffered by my lethal-coverage partner who was shot in his hand, with the bullet traveling up to his left shoulder.

I mentioned earlier that I didn’t feel anything wet and thought everything was okay. A secondary search proved otherwise. When a teammate looked more closely at my ballistic vest, he noticed that on the lower right side, in my rib area, a copper-jacket round was in the vest. He quickly let me know that I had been shot. I didn’t believe him at first, then I saw the round for myself. I was checked out again by the medics who partially removed the vest and checked for any penetration into my chest cavity. The body armor had stopped the round; it had saved my life and had saved me from serious injury!
At that point, I immediately switched gears and thought about how extremely close of a call it was. We had been separated by only 10 feet from fully-automatic gunfire directed at us. How we all got out of that building alive was a miracle. It was such a high-adrenaline situation that I didn’t even realize I had been shot.

Our team went to the hospital a few hours after the event to get medically cleared. Thankfully, most of the wounds were not severe, and we were all treated and released that same day.

The suspect, however, was not so fortunate — he had succumbed to his injuries in the fire.

Back to Saves Page 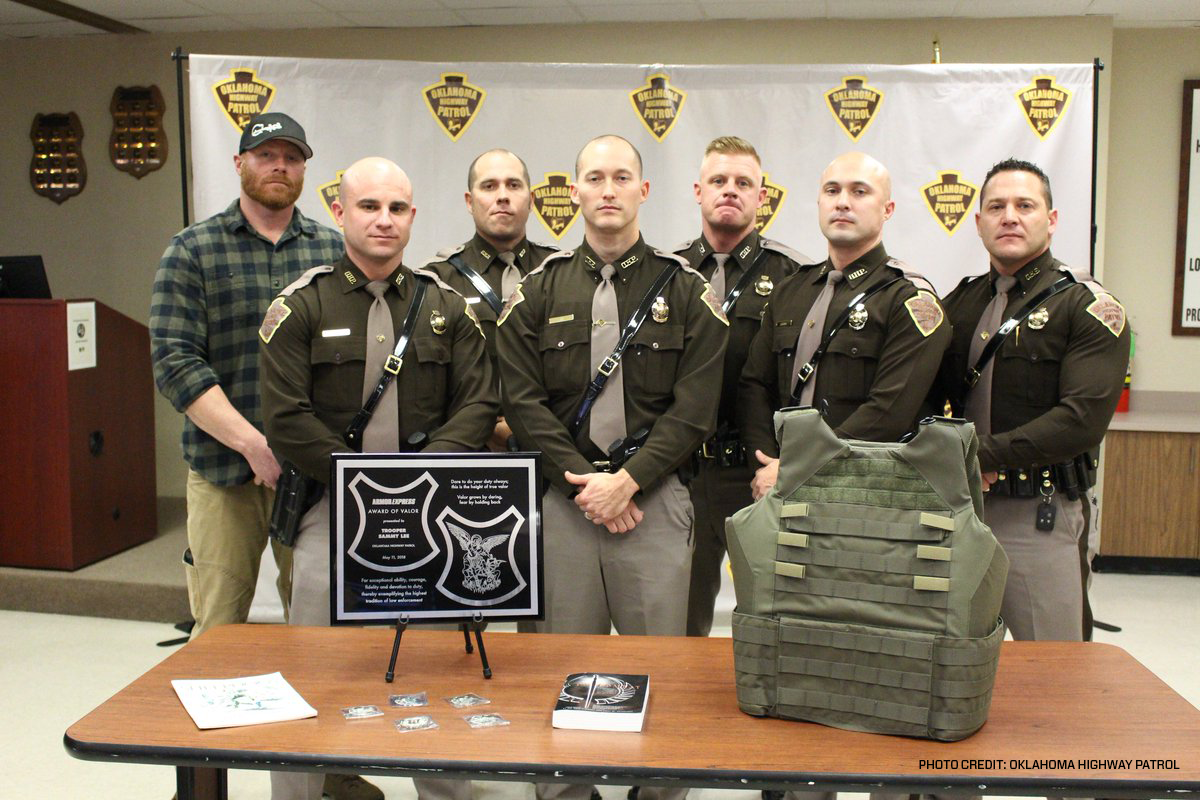